Objecting at Another Level

Hey Welcome. I hope that you enjoy my sprites.

Requests: If you got something you want it never hurts to ask ^^

Ok so here we go:

Here's my version of older Pearl.

Poor Trucy for my Sprite Comic.

Here's my version of Luke Atmey in a Mental Institution's uniform. It was for a game I was making starring a new Mask de Masque.

Turnabout for a Copycat:

Ron DeLite is convicted, again, for being Mask de Masque after the famed thief stole a precious artifact and killed a musuem curator. Desperate to prove his innocence, Desiree DeLite calls Phoenix and ends up hiring Apollo to save her husband. There is no conclusive evidence found at the crime scene besides DNA found on shreds of the Mask de Masque costume which contains Ron's DNA. Ron claims that his costume was stolen before the theft. Out of ideas, Phoenix suggests that Apollo goes to the only person who might know anything to forward the investigation. An Ex-Ace Detective, known as Luke Atmey.

After the case, 10 years prior, Luke was tried for the Murder of Kane Bullard and pronounced Guilty. However, a psychological analysis proved that Luke wasn't sane so he was not executed. He was instead sent to 'Banetts Asylum' for the criminally insane. Where he stayed. Can Luke help Apollo save the one man who locked him up forever

Cannot claim as my own, sprites ripped by Dazz from Spriters Resource. Edits by me.

Cannot claim as my own, sprites ripped by Dazz from Spriters Resource. Edits by me.

Some small edits of Furio Phoenix

Feel free to use these, but give credit. 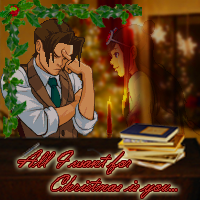 Please give credit if your going to use these.

Name: Will Shorthand.
Job: Courthouse Scribe, Scriviner
Age: 24
Bio: Will is the second best scribe to ever write in a courtroom. The first being his father, Edward Shorthand. Will only writes in a secret code which is completely untranslatable by anyone outside of his family line. It is known as the 'Shorthand Scribble' and allows Will to write what people say at the amazing 60 words a minute. Will is of British background as such he has a faint accent. However, living in America for so long has forced his accent to become less pronounced. Will's favorite food item is pizza, he can often be found at the local pizzeria when not in court. Will traveled to America to be with Detective Ema Skye. Although she is completely oblivious to it Will does everything in his power to hoist their relationship from friends to lovers.

And here's a partial Sprite Sheet:

Name: Brill Iante.
Job: Doctor of Psychiatry, Court liaison
Age: 35
Bio: Dr.Brill is the state's foremost doctor in the study of the criminal mind. Every single criminal sent from the courthouse to prison is sent to him first. After he does a full psychiatric profile the criminal is either locked up in the penitentiary, ob death row or sent to 'Banetts Asylum' for the criminally insane.

Name: Willamina Spreeks but prefers to be called Widget.
Job: Mechanic, Inventor and Technician
Age: 16
Bio: She's got red hair and talks in an southern accent (Osaka accent in the Japanese version). She's a gifted mechanic and technician. Her greatest achievement in her life so far. Is the creation of a rickity robot she named Robo-Wright, after the famed Attorney who saved her sister from jail time. She hasn't made anymore robots due to the fact that she could never quite understand what she did to make Robo-Wright come alive. She likes to wear a blue jumper and welding goggles all the time.

Road rage :kyouya: and his- 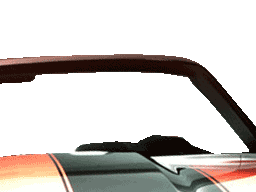 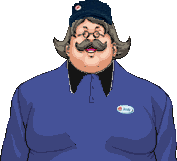 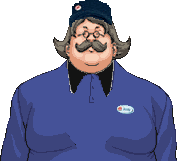 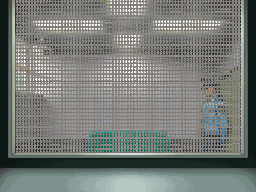 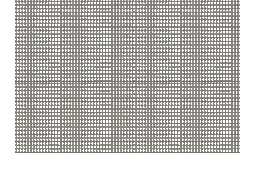 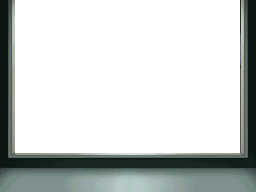 Also this (now with reflection!)

Just drop them over the AJ detention center. And lower the opacity or Alpha of the reflection to give it that see through feel. 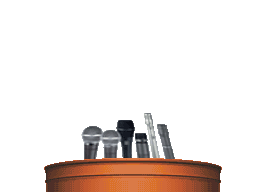 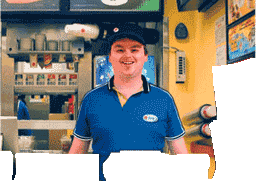 Burger king. Just drop whoever on top of that ugly guy ^^ 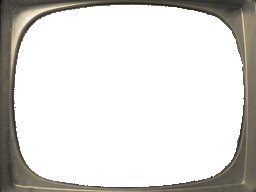 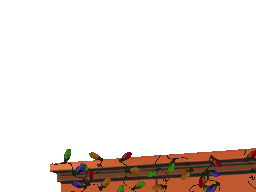 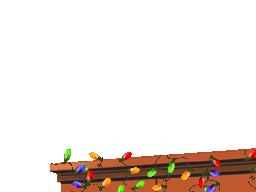 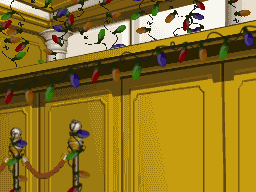 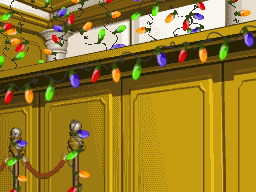 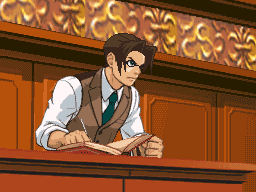 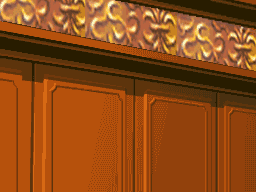 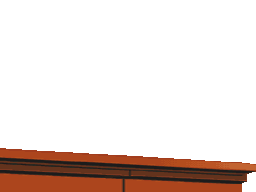 I love your sprites Skele =D
Your location edits are awesome, so is your older Maya!

Hey! I absolutely LOVE your older Maya sprite, and I was wondering if I could use it for a fangame I'm making.
I'd also need your permission to edit her a little bit, so that I can make her more serious and give her more emotions.
Please let me know!